Civil Litigation Process in One Page

Next, the parties attempt to discover what documents and facts the other parties have to support their claims or defenses. This sometimes long process is called the “Discovery,” phase. While there are many tools an attorney may use to discover information, often times during this phase of litigation the parties will (1) send written questions (called Interrogatories) to another party to be answered, (2) send formal Request for Production of Documents to see what documents and things another party possesses, (3) subpoena records from individuals or entities not involved in the case, and (4) take depositions.

While costly, depositions are a very powerful discovery tool. During a deposition each party to the lawsuit may have an attorney present to ask the deponent questions. The deponent may also have his/her attorney present. A court reporter is also present to swear in the deponent and transcribe testimony. The deponent is required to answer each question asked unless the question is harassing or seeks privileged attorney-client information. Everything the deponent says is transcribed by the court reporter and since it is sworn testimony the deponent may be impeached at trial if he/she testifies differently at trial than he/she does during the deposition. Generally, if impeached at trial the jury is less likely to believe the witnesses testimony. Many cases are won or lost based on deposition testimony.

The purpose of the discovery phase is to avoid going to trial and not knowing what evidence the other parties have to support their claims or defenses. Thus, if a case goes to trial it is unusual (particularly in civil trials) for new evidence to come up on the eve of trial that the parties do not know about (thus the phrase “trial by ambush” – when a party produces evidence to the opposition for the first time at trial). Generally speaking, a party may depose anyone that has testimony relevant to the legal claims or defenses set forth in their Complaint or Answer, such as any party to the case, any expert (doctor, accident reconstructionist, etc.) or any independent witnesses. Unlike those qualified as “experts,” witnesses generally may not give their opinions.

Throughout the case, there may be various motions filed by the parties. Defendants seeking dismissal of the claims against them will typically file a “Motion to Dismiss” or a “Motion for Summary Judgment.” While different legal standards apply, the motions essentially ask the court to dismiss a party from the case. These motions are typically accompanied by a hearing that allows the attorney who files the motion to argue his position to the court (and allows the party opposing the motion to present his/her case as well).

Next, the parties typically attempt some type of “alternative dispute resolution.” This means the parties try to resolve or settle their differences without going to trial. The vast majority of civil cases are resolved at a procedure called “mediation,” which is one form of alternative dispute resolution. During mediation, the parties and their attorneys sit down with an independent mediator who attempts to facilitate a settlement amongst the parties. Mediators are typically individuals who have experience in the type of case they are attempting to resolve.

If the parties are not able to resolve their dispute at mediation, the case will go to trial. Depending on the claim, the trial may be argued to a judge or jury. Trials are very expensive and unpredictable. However, trials are quite appropriate for certain cases and each citizen enjoys a right to trial. 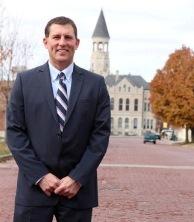